Let’ s Stop Killer Robots Before It is Too Late

The Center for Ethics and Law in Biomedicine (CELAB)

Let’s stop killer robots before it is too late

Some military and robotics experts have predicted that fully autonomous weapons could be developed within 10-20 years. Such weapons, also known as “killer robots,” would be able to select and engage targets without human intervention. Their use could undermine the protection of civilians in armed conflict. Fully autonomous weapons would be incapable of meeting international humanitarian law standards, including the rules of distinction, proportionality, and military necessity. These robots would lack human qualities, such as the ability to relate to other humans and to apply human judgment, that are necessary to comply with the law. Fully autonomous weapons would also threaten essential non-legal safeguards for civilians. They would not be constrained by the capacity for compassion, which can provide a key check on the killing of civilians. Furthermore, while their use could reduce military casualties, it might make going to war easier and thus shift the burden of armed conflict onto civilians. Finally, the use of fully autonomous weapons raises serious questions of accountability because it is unclear who should be held responsible for any unlawful actions they commit.

The Campaign to Stop Killer Robots and thousands of artificial intelligence experts call for a ban on fully autonomous weapons.  Such weapons would be able to identify, select and attack without further human intervention. They are just around the corner. We must act now, before it's too late.

The Campaign to Stop Killer Robots is an international coalition of more than 110 non-governmental organizations across 60 countries working to pre-emptively ban the use of fully autonomous weapons systems. As this technology is developed, international and national lawmakers must work to create a legal framework to ensure that its applications are limited.

Dalma Bíró is the Hungarian Coordinator of the International Campaign to Stop Killer Robots and Member of the ICBL (International Campaign to Ban Landmines). As a human rights defender and activist. She worked in numerous human rights field, including disability, gender, children’s rights, environmental issues with broad-sectors approach, building partnerships, best practices among civil and political societies. She has a MA in International Relations from Sweden. Between 1995 – 2005 she served as advocacy director and public campaigner for the 1997 Nobel Peace Prize Winner International Campaign to Ban Landmines (aka ICBL) with working experience in the South-East Asia (Cambodia and Lao PDR) and in the Middle East in particular (Yemen, Oman, Qatar, Lebanon, Jordan) and a wide range of developing countries in general. She worked as a Country Landmine Monitor researcher (Oman, Qatar, Lao PDR), for Human Rights Watch. She is the co-author and project coordinator of the Hungarian CRPD alternative report.

Barbara Vitrai, Communications Coordinator, Campaign to Stop Killer Robots – Hungary. She studied cultural anthropology at Eötvös Loránd University Budapest. Worked at Hungarian Association of the Deaf and Hard of Hearing as editor of monthly magazine, writing about different aspects of disability. In 2010 as Project Coordinator, she coordinated the writing of a parallel NGO report by the Hungarian Disability Caucus on the CRPD to be submitted to the UN. Since 2014, she is a Contributing Journalist at atlatszo.hu, writing investigative reports and doing interviews for atlatszo.hu dedicated subpage, Atlatszo Szocioblog on everyday corruption and socially sensitive subjects such as sexual harassment and spousal abuse, people living with disabilities, integrative programs in jails, and initiatives supporting social projects. At the same time, she is project assistant at atlatszo.hu Non-Profit and Asimov Foundation, contributing to narrative reports of atlatszo.hu and the foundation's applications for funds.

Followed by Discussion and Reception 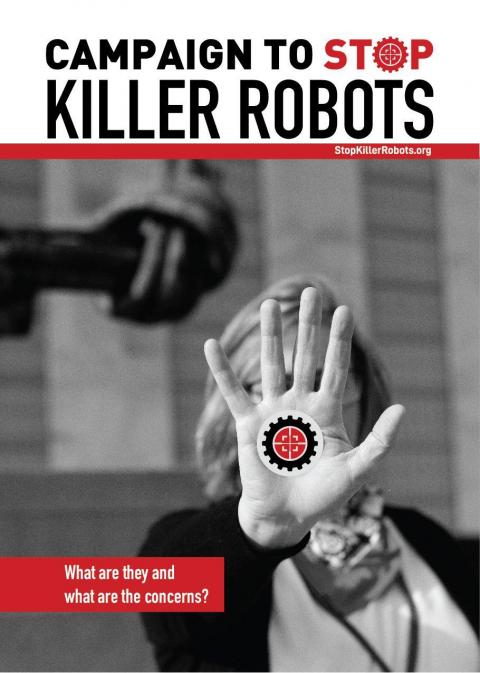